Many wireless systems could benefit from the ability to transmit and receive on the same frequency at the same time, which is known as in-band full-duplex (IBFD) and/or simultaneous transmit and receive (STAR). This technology could lead to enhanced spectral efficiency for future wireless networks, such as fifth-generation New Radio (5G NR) and beyond, and/or could enable capabilities and applications that were previously considered impossible, such as IBFD with phased array systems. In this workshop, experts from academic and federal research institutions will discuss the various approaches that can be taken to suppress the inherent self-interference that is generated in IBFD phased array systems, and will present both static and adaptive techniques that span across the propagation, analog and digital domains. Presentations will contain details and measured results that encompass unique array topologies, RF cancellation and other isolation methods as well as advances in adaptive beamforming and digital filtering. Throughout this workshop, state-of-the-art IBFD phased array systems that utilize these technologies will be provided as practical examples for various applications. 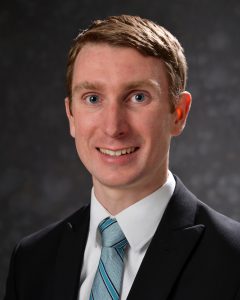 Mr. Kenneth E. Kolodziej is a technical staff member in the RF Technology Group at Massachusetts Institute of Technology (MIT) Lincoln Laboratory, where he is a principal investigator on wideband electronic and in-band full-duplex (IBFD) systems. Since joining Lincoln Laboratory, Mr. Kolodziej has conducted research on RF, microwave and photonic circuits, including antenna, radar and communications systems. He is also the Editor of the In-Band Full-Duplex Wireless Systems Handbook (Artech House), and an associate editor of the IEEE Microwave Magazine. Mr. Kolodziej received his BE and ME degrees in electrical engineering from Stevens Institute of Technology in Hoboken, New Jersey. 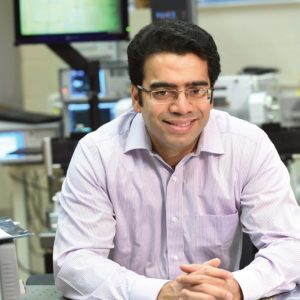 In 2009, he joined the Electrical Engineering Department, Columbia University, New York, NY, USA, where he is currently an Associate Professor and the Director of the Columbia High-Speed and Millimeter-Wave IC Laboratory (CoSMIC). In 2017, he co-founded MixComm Inc., Chatham, NJ, USA, a venture-backed start-up, to commercialize CoSMIC
Laboratory’s advanced wireless research. MixComm Inc. signed a definitive agreement to be acquired by Sivers
Semiconductors for $155M in October 2021. His research interests include integrated devices, circuits, and systems for a variety of RF, millimeter-wave (mmWave), and sub-mmWave applications.

Dr. Krishnaswamy was a recipient of the IEEE International Solid-State Circuits Conference Lewis Winner Award for
Outstanding Paper in 2007, the Best Thesis in Experimental Research Award from the USC Viterbi School of Engineering
in 2009, the Defense Advanced Research Projects Agency Young Faculty Award in 2011, the 2014 IBM Faculty Award, the Best Demo Award at the 2017 IEEE ISSCC, the best student paper awards at the 2015, 2018, and 2020 IEEE Radio
Frequency Integrated Circuits Symposium and the 2020 IEEE International Microwave Symposium, the 2021 IEEE MTT-S
Microwave Magazine Best Paper Award, and the 2019 IEEE MTT-S Outstanding Young Engineer Award. He has been a
member of the technical program committee of several conferences, including the IEEE International Solid-State Circuits Conference since 2015 and the IEEE Radio Frequency Integrated Circuits Symposium since 2013. He has also served as a Distinguished Lecturer for the IEEE Solid-State Circuits Society and is a member for the DARPA Microelectronics Exploratory Council. 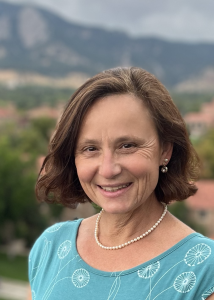 Zoya Popovic (S’86–M’90–SM’99–F’02) is a Distinguished Professor and the Lockheed Martin Endowed Chair in Electrical Engineering at the University of Colorado, Boulder. She obtained her Dipl.Ing. degree at the University of Belgrade, Serbia, and her Ph.D. at Caltech. She was a Visiting Professor with the Technical University of Munich in 2001/03, ISAE in Toulouse, France in 2014, and was a Chair of Excellence at Carlos III University in Madrid in 2018/19. She has graduated over 65 PhDs and currently advises 20 doctoral students, most US citizens. Her research interests are in high-efficiency power amplifiers and transmitters, microwave and millimeter-wave high-performance circuits for communications and radar, medical applications of microwaves, quantum sensing and metrology, and wireless powering. She is a Fellow of the IEEE and the recipient of two IEEE MTT Microwave Prizes for best journal papers, the White House NSF Presidential Faculty Fellow award, the URSI Issac Koga Gold Medal, the ASEE/HP Terman Medal and the German Alexander von Humboldt Research Award. She was elected as foreign member of the Serbian Academy of Sciences and Arts in 2006. She was named IEEE MTT Distinguished Educator in 2013 and the University of Colorado Distinguished Research Lecturer in 2015. She was elected a Member of the National Academy of Engineering in 2022.